A walk in the medieval town of Sermoneta shows another story of life in the old times. Building were constantly repurposed, altered, destroyed and rebuilt. The construction technique is of course, based in stone. And many a times one can see the changes made, showing at once how adaptable and how made in stone the town is.

Castello di Sermoneta has a plethora of fascinating construction details and small spaces waiting to be explored.

The entrance to the castle is a series of gates, drawbridges and winding steps – designed to weaken the enemy’s attack. There are also a couple of ‘roof lights’ which are holes right on top of gates, so defenders could pour down hot oil and stones onto their unwelcomed guests in battle.

What I liked the most about the castle is perhaps its deep windows, sometimes going up to 3 metres deep.

What is peculiar about these windows is that even though it is a castle, a number of these alcove spaces are meant as quiet reading spaces for its residents (Pope’s relatives). So although it is an impenetrable castle from the outside, with its rough stones and guarded gates, on the inside, it gives an impression of peace and tranquility. 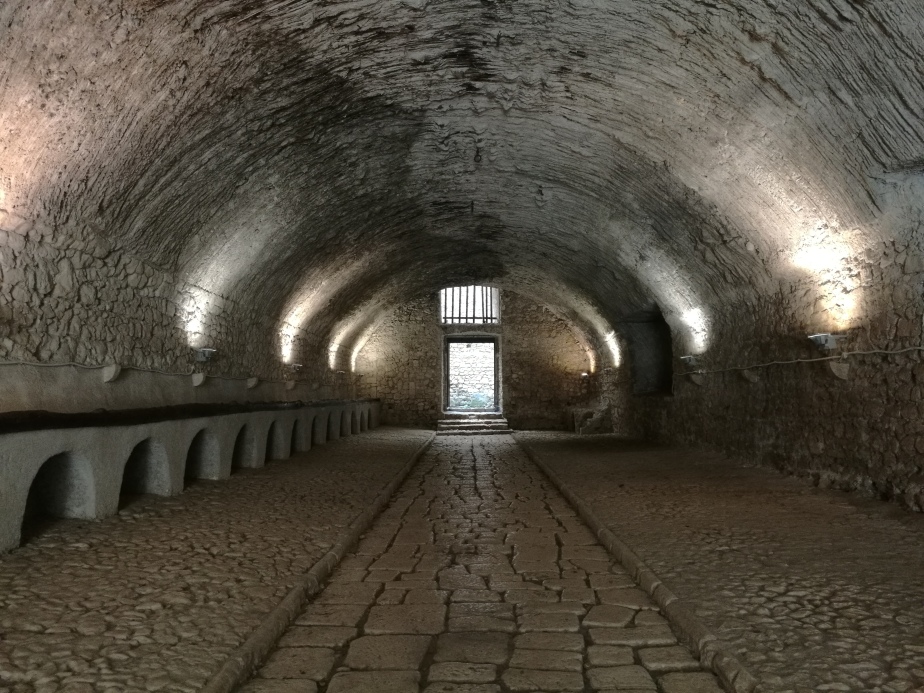 Another space that I found different is the horse stables. Covered with straws on the roof to withhold heat in the underground room, the stable can hold twenty horses. It is probably the definition of a medieval stable. I could almost see the knights preparing for battle, sense the horses getting uneasy, smell the blood and sweat and feel the incoming doom. The eeriness of the arched stable is increased tenfold with the rough texture of the straw roof – giving it an almost grotto-like atmosphere. 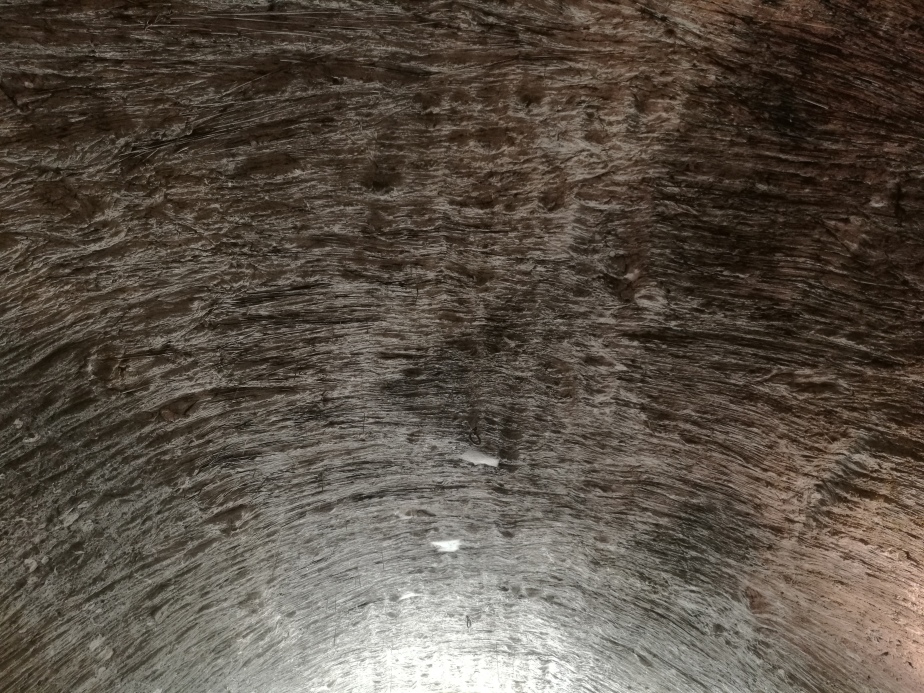 The internal courtyard is a story in itself. There are at least five different types of facades looking onto the courtyard, each working with the individual building’s history, function and aesthetics.

A more emphatically deconstructive threat relevant to terminal literacy has been offered by architect Keller Easterling, who has begun to think about the discipline of architecture through the concept of subtraction. Easterling points to the ways in which subtraction (demolition and removal) are a necessary part of architecture, but notes that traditionally the architectural response has been to resist (preservation) or to answer with the ‘construction of their own magnificent idea… a restorative or corrective plan’ (Easterling 2003, 93). Demolition is often seen as architecture’s enemy, and nowhere more so than by those architects who see it as their responsibility to preserve architectures heritage. The preservation movement was forged around resisting demolitions of buildings considered to be of significance to the history of architectural creativity itself. In this sense, demolition could quite literally be an attack on the discipline’s archive. The historical specificity of early preservation efforts later broadened to include a wider body of architecture, whose significance was derived contextually, from social or townscape relevance. A contextual way of thinking about conservation can alter the way architects relate to demolition. For example, the early-twentieth-century Italian architect Gustavo Giovannoni viewed the city as an organism. … (H)e proposed ‘building reduction’ comprising the cautious demolition of existing buildings and the polite introduction of new ones (Menghini 2002). As we show later, the extension of conservation thinking to whole areas of the city has extended such models of design by erasure, wherein buildings deemed ‘inappropriate’ or ‘ill-fitting’ are removed in the interests of creating (or reinstating) a certain kind of townscape. This is subtraction in the service of an essentialist value.

In this context of resistance and attachment, Easterling offers a more abstractly formed and speculative meditation on the fact of buildings coming down. She suggests that architecture is on the brink of another approach to being with the many ‘species’ of subtraction, be it demolition wilful damage, natural disaster, or decay. She refutes architectural subtraction as proof of architectural failure, because it is a sign of an ‘architecture without permanence and therefore without worth.’ Rather, she entreats architecture to embrace subtraction as a ‘productive technique’ and ‘an operative practice,’ ‘both a tool and a new territory’ (Easterling 2003, 90).

In Wasting Away he offers a sustained account of how society creates waste, manages waste, and variously lives poorly or well with it. His ambition in this wide-ranging and thought-provoking account is to offer a brief for living with waste well. Rather than lamenting the decay of buildings, or ascribing judgments of junk upon architectures that are considered under-designed or poorly designed, this volume offers a set of rules for living alongside the ‘tragic and marvellous’ process of wasting (Lynch, 1990, 166). Lynch’s book is attuned to the multiple scales of wasting in which buildings are embedded. He is as attentive to the multiple scales of wasting in which buildings are embedded. He is as attentive to the daily cycles of use and disposal that happen in buildings as he is to the periodic acts of abandonment and obsolescence that leave buildings, architectural edifices, and whole built environment unvalued and in ruins. Lynch not only offers a set of culturally and historically varied observations on wasting conditions and the built environment, he also sets out the basic positive guidelines for decay. These include planned obsolescence such that buildings could be designed to ‘decline gracefully’ or be ‘easily replace.’ For example, Lynch suggests that ‘in addition to asking that an architect show exactly how a building will look when it is occupied, he might be asked to show it remodelled for some other use, or as it will look in decay,’ or asked ‘for demolition plans for new buildings.’ Indeed, Lynch goes so far as to suggest that architectural designs should include plans for how buildings will be disposed of, including an estimation of the resulting costs and benefits.

Waste, in this vision of productivity, is a category that is placed over common resources as a precursive gesture to legitimate enclosure and privatisation, processes in which architecture has played a central territorial and symbolic role.

Architecture, then, has played its part as a technique for, and expression of, the appropriation of wasteland. It has both facilitated, and operated as a materialization of, the ‘proper’ use of God-given natural resources and human ability. … Architecture in this model of property rights is not simply something that comes after property, but operates in the name of enclosure as proof of rights sanctioned by Godly contract. Architecture’s presence proves creative productivity and the refashioning of an indeterminate nature towards purpose. An absence of architecture is proof of idleness, itself a sign of squandering. The European Enlightenment consolidated the link between reason, value, and order. The Architectural design functioned to order, to give form to the formless, to bring utility to the seemingly useless and value to the worthless. Indeed, in the Age of Reason architecture, with its mix of utility, beauty and permanence, operated as the cosmetic territorial order par excellence.

The ‘industrial art’ of architecture is both an art of creating shelter and a technology of partition, enclosure, and appropriation. … In [Martin Heidegger’s] meditation on space (Raum) he notes that its root, ráumen, means the act of making room in a constructive and productive sense. It also denotes a shadow meaning, that of clearing, removing obstacles, or evacuating.

David Harvey offers a useful way of moving forward here. He thinks of place formation, in which architecture clearly plays its part, as a process of carving out ‘permanences,’ no matter how solid they may seem, are not eternal: ‘they are always subject to time as ‘perpetual perishing’… contingent on the processes that create, sustain and dissolve them’. (Harvey 1996, 261) 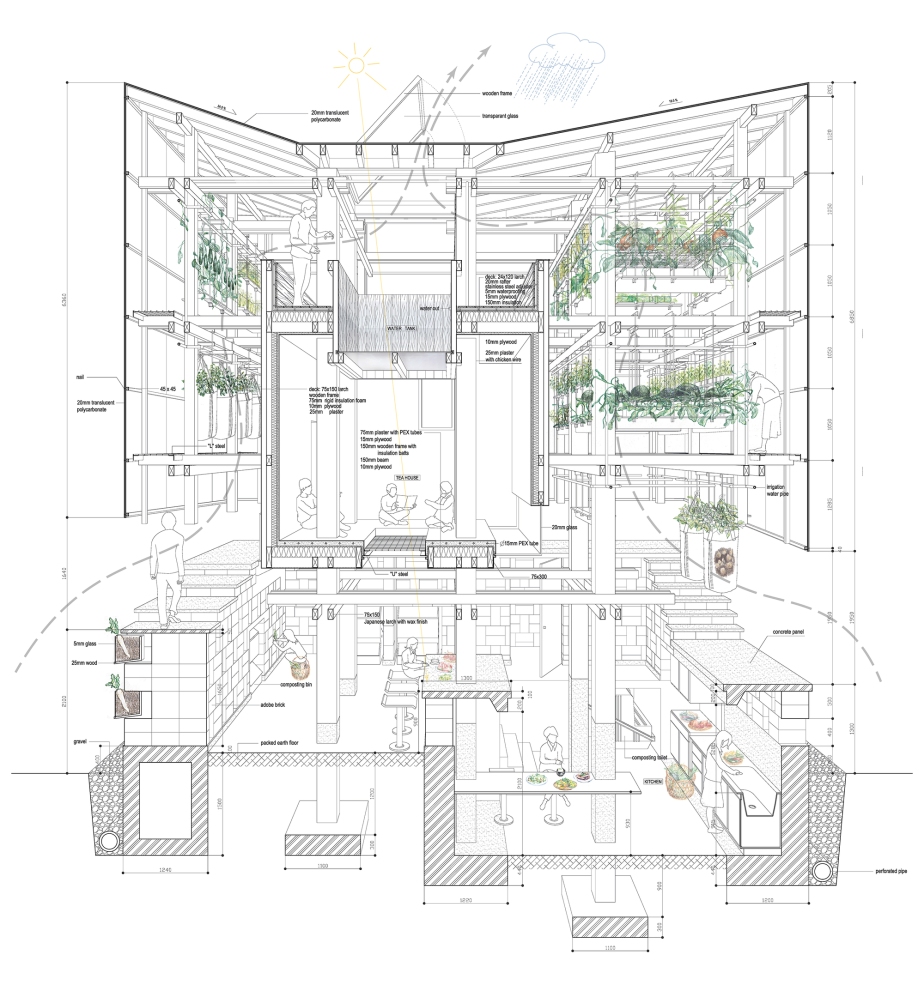 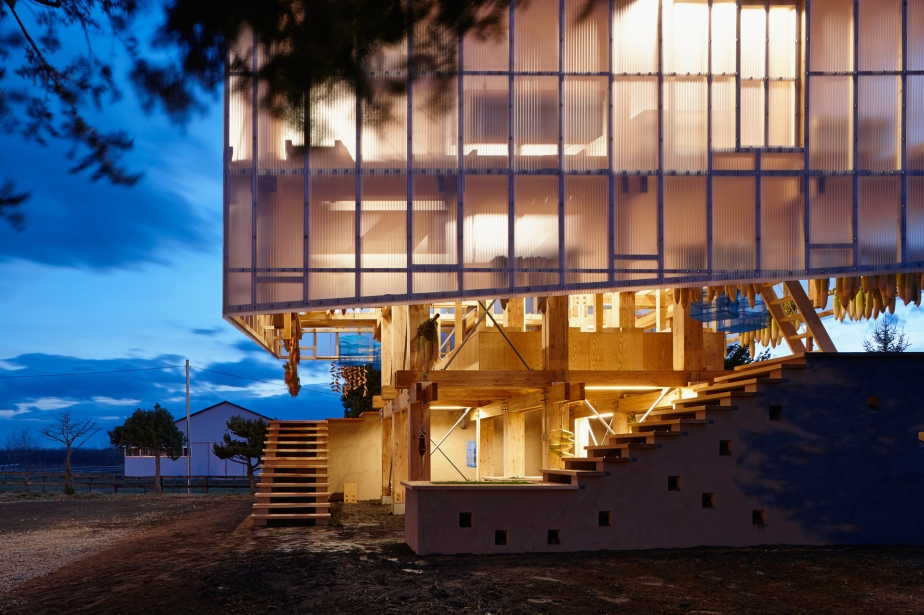 And then Hill moves on to give an index of immaterial architecture, from fabric to television and give a short discussion text on each immaterial.

Using heat/humidity to replace timber elements? The process of removing and reacting to natural elements.

The models should also be made in three parts